Looking for a unique aviation keepsake? These Made in Germany keychains are produced from pieces of real aircraft! Individually numbered, you can own a piece of history in your pocket!

We are thrilled to now present the Aviationtag Edition of the former Austrian Airlines Boeing 767-300ER OE-LAX. The OE-LAX with the MSN 27095 was delivered to what was then Lauda Air in 1992, christened no other than “James Dean”.

After 15 years of taking to the skies for the airline founded by former Formula 1 pilot Niki Lauda, the Boeing 767 joined Austrian Airlines in 2007 as part of the takeover, where it was given the epithet “Salzburg Festival”.

The OE-LAX finally ended up at the cargo airline Kalitta Air in Michigan. It still registered the aircraft as N788CK, but actually used it solely to extract spare parts. We jumped at the chance and were able to get our hands on some very nice parts of the Boeing 767 for our latest Aviationtag Edition! 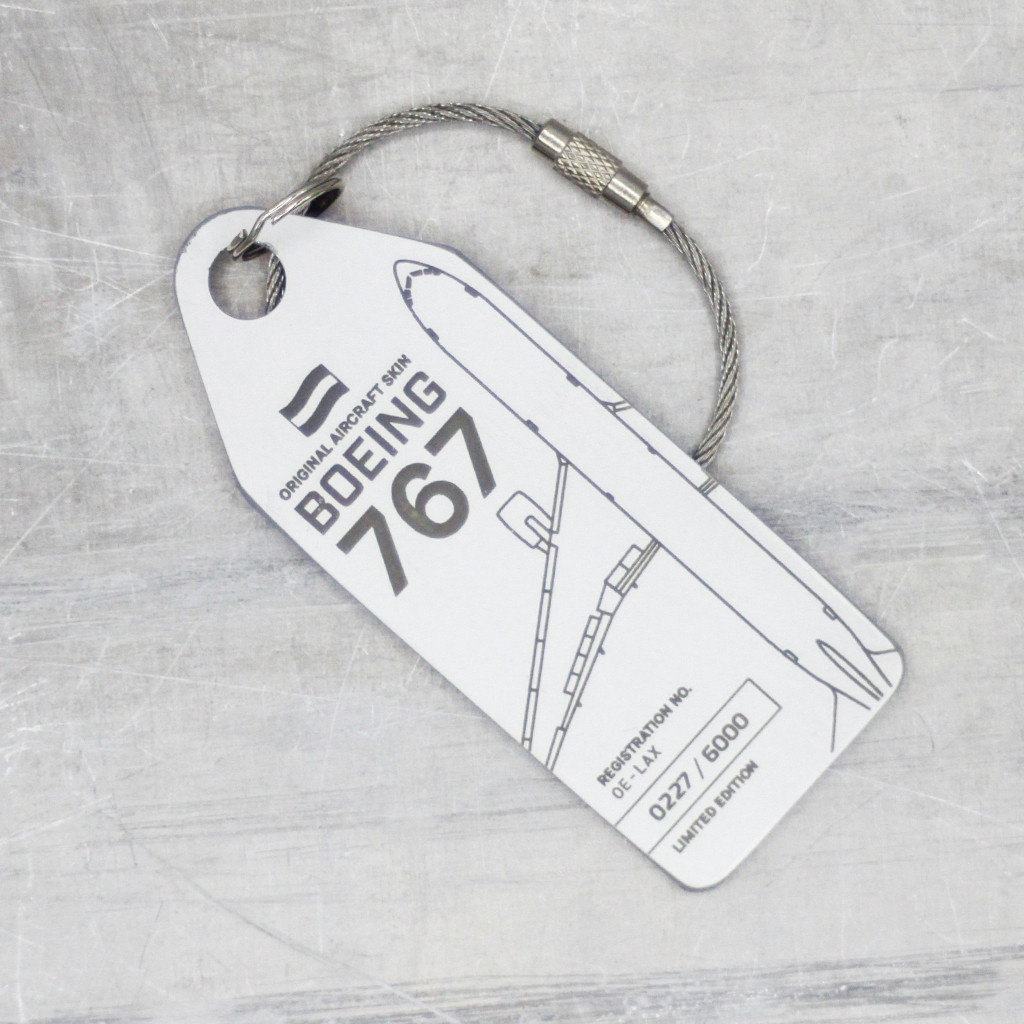 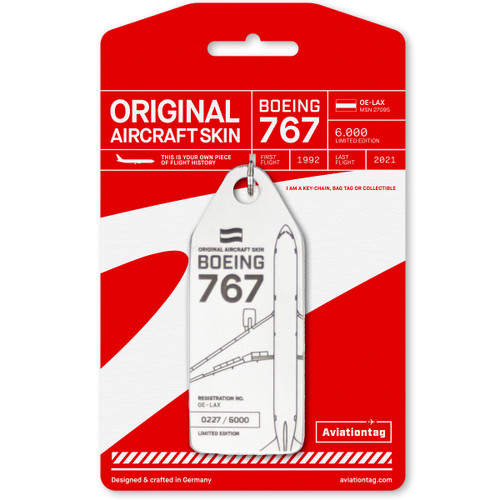